Almost 30 years after independence Namibia remains a popular tourist destination. Our country is blessed with diverse landscape and wildlife and has much to offer to many a keen traveller. This is confirmed by those who simply can not help but to return after a first and often very rewarding visit. Some even allow this special place to get under their skin and inevitably choose to make it home.

We have become used to tourists on our roads visiting the more popular destinations for 2-3 weeks at a time, covering vast distances in the process and leaving with loads of wonderful memories, not only to treasure and keep but also to share and inspire. And we locals are part of this, often with passion and pride. But like a true master of his art would do, we should allow ourselves the question: Could it be better in any way..? 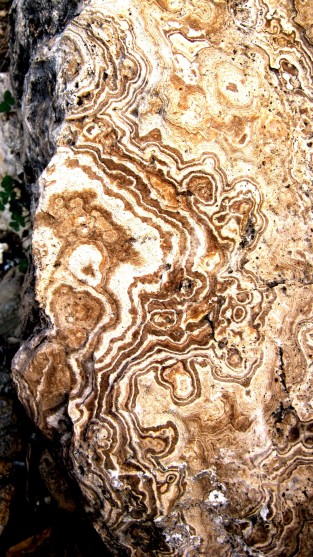 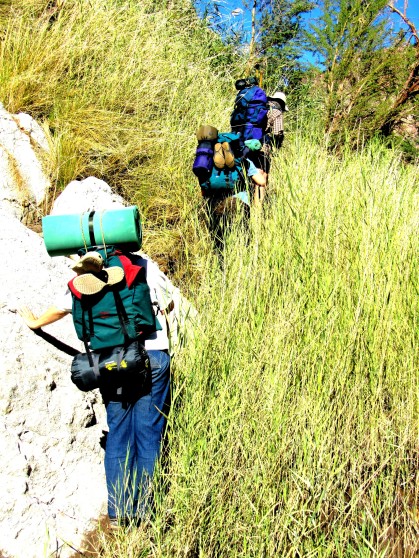 For a certain minority (for obvious reasons we are not suited for mass tourism) who find themselves able to look beyond the well-trodden Sossusvlei-Swakopmund-Etosha route, independent minds with true wanderlust, those who care and dare to go where most others would not, we believe there are jewels waiting to be unearthed, still.

Years of hiking exposure in different parts of the country have led us to believe that there is truly a case to be made for discovering more of our natural treasures – on foot.

Yes, it is true that we are a semi-desert country, summer temperatures can be quite extreme and vacation can only be that long. But it is also true that summer doesn’t last forever – we have 8 months per year, March to October, during which conditions are generally good for hiking, be it for a few hours close to Windhoek on a day excursion or further out on an overnight trail, ‘away from it all’.

In short, hopefully with some fresh perspective, we would like to highlight 5 simple yet solid reasons why we believe Namibia as a hiking destination is worth a new look: 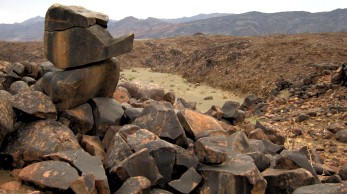 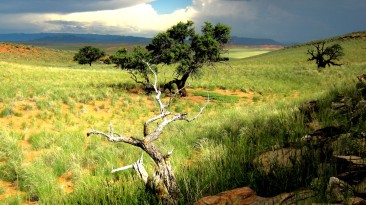 With a surface area of close to 825 000 km², all of the United Kingdom, the Netherlands, Belgium, Germany, Switzerland and Austria fit into Namibia. It is no coincidence that the cheetah and springbok as 2 of the 3 fastest land animals roam our plains (the 3rd being the pronghorn antelope from North-America).

Namibia is currently ranked as the 2nd least densely populated country after Mongolia with a density of 2.6 persons per km². Not regarding the 4 ‘O’ regions in the north (Omusati, Oshana, Ohangwena and Oshikoto) where 40% of the population live on 10% of the land, the number drops to 1.7 persons per km² – for 90% of the land surface.

If it is time away from the multitudes you’re looking for, this is hard to beat.

‘Land of contrasts’ is certainly a term applying to Namibia. The world’s highest sand dunes, a spectacular canyon, 5 perennial rivers, a desert hardly recognisable after a good rainy season, a wide array of wildlife including the ‘big five’, 1600 kilometres of ocean border, a national park so big it’s visible from space, close to 700 endemic plant species, remarkable rock paintings and -engravings, fairy circles, dinosaur footprints, a 60-tonne meteorite, and a treasure chest of diamonds and other minerals – all in one country.

The Namibian night sky can be a thing of beauty and awe. During 2012 Namibrand nature reserve in the south was awarded gold tier status by the International Dark-Sky Association, a proud first for Africa. Furthermore, the great Gamsberg plateau 140 kilometres south-west from Windhoek with its surrounding area continues to be a prime choice for stargazing-related activities, among others the H.E.S.S Experiment on Farm Goellschau where scientists from across the globe are involved in gamma-ray research. A few kilometres further west Hakos guest- and astrofarm is visited by many astronomers each year.

Since gaining independence from South-Africa during 1990, Namibia has experienced smooth transition of elected leadership. Research company In On Africa currently puts Namibia in the top 5 politically-stable countries in Africa. 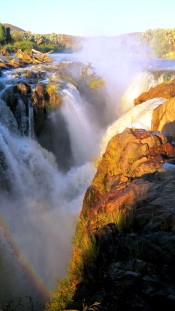 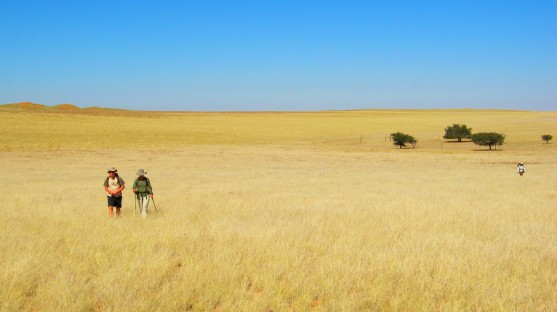 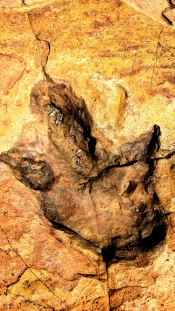 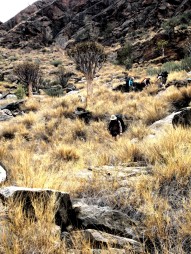 Early morning, on top of the great escarpment between the central highlands and the Namib where no motor vehicle can reach, the body language of the klipspringer ahead gives every sign that you are in all likelihood the first human it encounters. A perfect picture in its natural habitat, yet startled, captured by the unknown. Your heartbeat the only sound. Timelessness. In a moment.

One Reply to “On-foot fulfilment: A case for hiking Namibia”